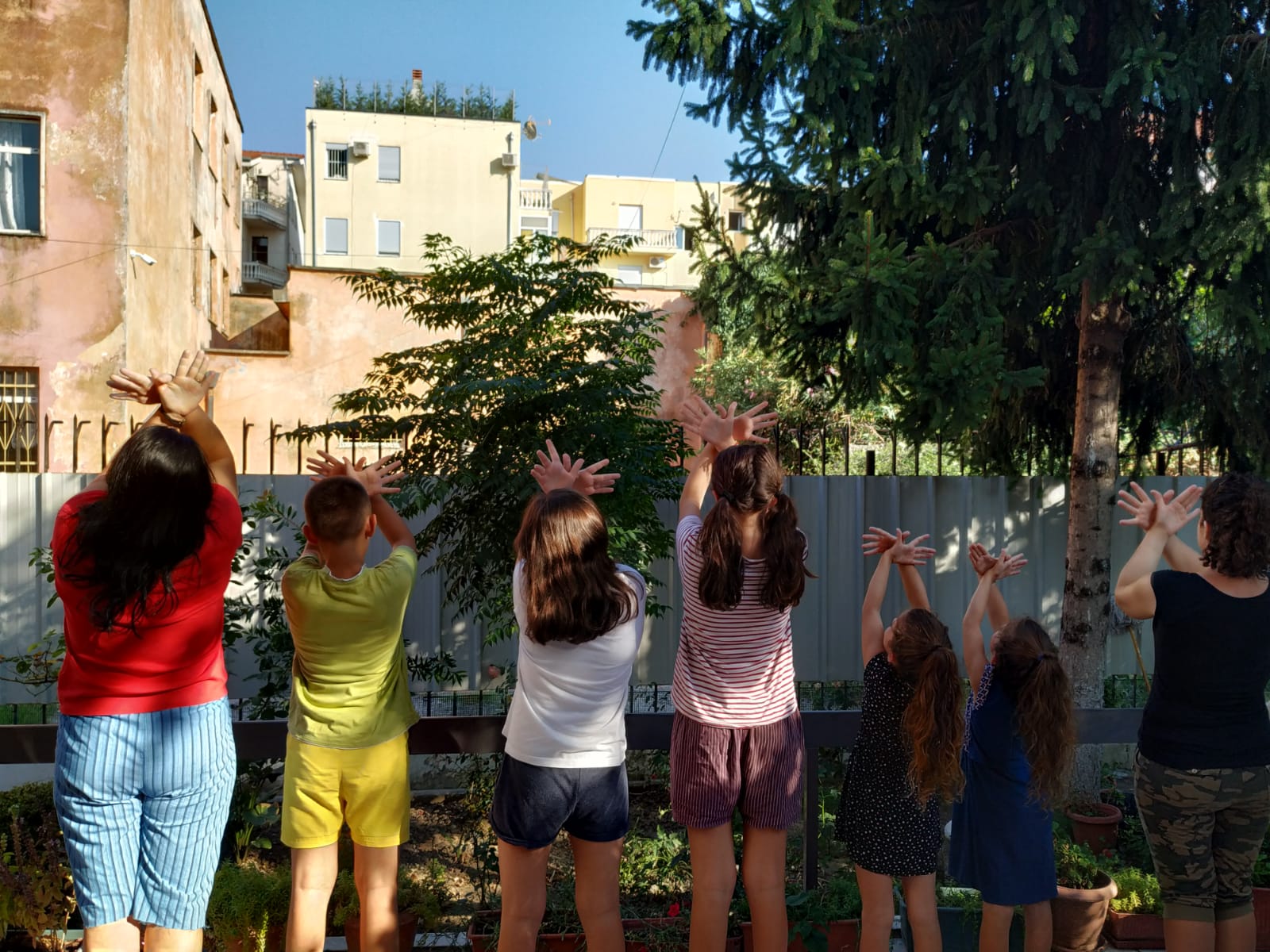 Among the campaigns that made Don Oreste well known - and not only on a national level – the one against prostitution was certainly determining. This is why in 1999 Condivisione went to Albania in order to protect some young women involved in the racket. Once the missionaries arrived, they had to face another pressing emergency: the refugees who were moving from Kosovo to Albania because of the war. First of all, the missionaries were committed to the local refugee camp, which was mobbed by thousands of lowlifes. Only at the end of the war the first family home was opened in Krajen, a rural area between Lezha and Shkodra. It was the beginning of an increasingly deep-rooted presence over the years.
In 2004, the missionaries began to share their lives with the ones of the families involved in blood feuds, a practice of private justice hailing from the Kanun, an ancient traditional code which is now applied in a degenerate and extensive form. From 2010 to the beginning of 2020, especially the volunteers of Operazione Colomba carried out the civil escorts and the awareness raising activities against this practice.

In Albania Sharing among peoples reaches about 150 beneficiaries. 73 of them are supported thanks to “distance adoption”.

Since 2006, the project has been supporting more than thirty poor and marginalized families in the city of Shkodra, many of whom emigrated from the mountain areas of the north. Given the diversification of needs, the support is personalized: from scholastic to food and health assistance, from spuring to look for a job to handling the paperwork required to receive a pension or other documents. Particular attention is paid to minors, often without references and education; recreational activities and summer camps are organized for them. Thanks to the supportive craft initiative "Colori e stoffe" (Colours and cloths), women have learned to produce traditional local products (bags, cases, scarves) by the loom, carving out a social role within a society where they are barely considered. The sale of these products is the main source for their livelihood and it feeds a common fund for their families too.

The project, co-financed by the Italian Agency for Development Cooperation, aims to improve the living conditions of people with mental disease in the Municipality of Tirana. In particular, thanks to a Day Care Center, we try to provide the tools these people need to carry on a decent and independent life, promoting their social inclusion and job placement. We also try to promote a culture of social inclusion, raising awareness among the community and local institutions. The activities are carried out in collaboration with the Albanian counterpart “Shoqata Komuniteti Papa Xhovani I XXIII”, and the local partners Caritas Albania, Shoqata Alternativa QAR, Shoqata Ndihmoni Jeten (NDHJ) and Qendra Komunitare e Shendeti Mendore n.3 (QKSHM). All these groups take an active part in mental health field.