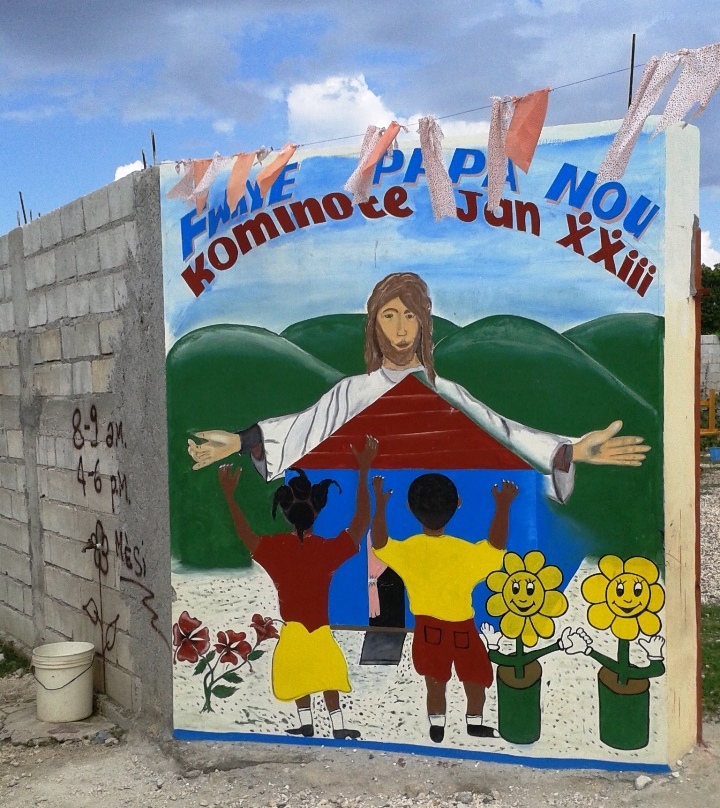 Following the petition of the Salesian Fathers, in January 2010 the Association of Pope John 23rd settled in Haiti to help people to face the humanitarian post-earthquake emergency. After a few exploratory trips, in February 2011 a stable presence was settled.

At the beginning all our volunteers lived in the Seminary of the Diocese and then in a house of the Scalabrini Fathers.

Thanks to some donations, at the end of 2014 a house was built in Croix de Bouquets, an area located about 10 kilometres east of the Capital City of Port-au-Prince.

In Haiti Sharing among peoples supports about 20 children and their families for a total of 40 people.