FROM THE START TILL NOWDAYS

Operazione Colomba has been intervening in Palestine and Israel since 2002. After one year in the Gaza Streep, during the second Intifada, Operazione Colomba moved into West Bank, in the nord-west of Ramallah. There, Operazione Colomba supported Palestinians dispossessed of their own lands by Israeli authorities which aimed to build the separation wall between Israel and the Occupied Territories.

In 2004, on Palestinians’ request, Operazione Colomba’s volunteers moved to the South Hebron Hills in At-Tuwani, a village located in the so-called “Area C” (i.e. under civilian and military control of the Israeli Army).

Beside At-Tuwani village stands the Ma’on settlement, which is inhabited by nationalist and religious Israeli settlers that keep enlarging and occupying the Palestinian territories nearby.

In order to face the Israeli occupation, the shepherds created the Popular Committee and they chose to claim their own rights and to defend their own land in a nonviolent way.

Thanks to the costant presence of Operazione Colomba, its international volunteers serve as a deterrent against the use of violence, filming and reporting the abuses committed by settlers, Israeli Army and Israeli police.

Every day the volunteers also escort the shepherds and the Palestinian families into the areas most exposed to settlers’ attacks and they look after the children from the villages of Tuba and Maghayir al-Abeed on their way to school. In fact, the path that children use to reach the school is constantly under settlers’ threat, although a military escort has been established by Israeli authorities.

Moreover, the volunteers support the Popular Committee in advocacy activities, they cooperate with Israeli organizations to protect Human Rights and they promote meeting and dialogue opportunities between Palestinians and Israelis.

Since few years, Operazione Colomba has been supporting Palestinian communities which resist in a nonviolent way in other regions of the West-Bank, especially in the Jordan Valley. 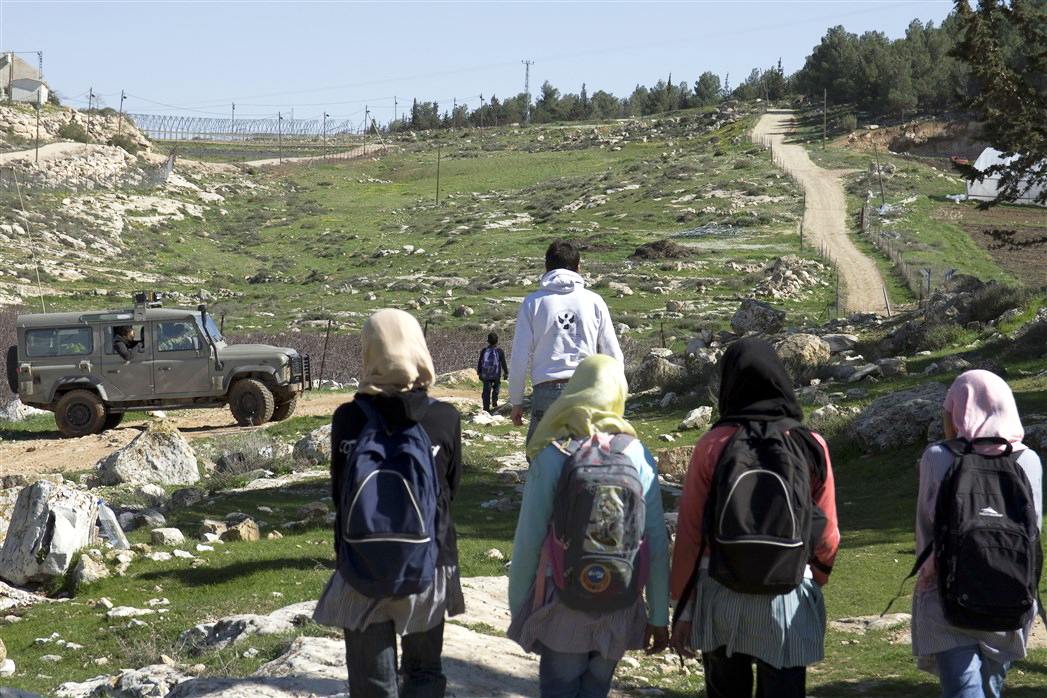 More than two thousand people benefit from the support and the civil escorts carried out by Operazione Colomba.

THERE FOR US - We receive and we share “Salam Alyykum! Shalom! I am Marco, I am 41 and I live in an Open Family with my wife and our four children. I became a volunteeer of Operazione Colomba in 2007 in the South Hebron Hills and then I also had a very learning experience among the migrants in Castel Volturno (Caserta, Italy). Since 2011, I have been coordinating the project in Palestine and Israel with Fabio.”